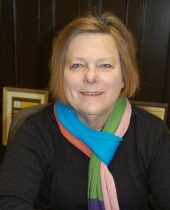 Sally Carr is a Volunteer Coordinator for Vanderburgh County CASA. Sally began her career with CASA in 1995 as a volunteer, while managing a radio station. Seven years later when CASA was undergoing a series of changes, Sally was offered a position on staff as a Volunteer Coordinator. As a CASA advocate and coordinator for the last twenty years, Sally has provided the staff and volunteers with valuable information, knowledge and tools to make a positive impact on the lives of the children and families of CASA. Through her work, Sally has had the opportunity to meet many wonderful and caring volunteers with the same passion and heart that she shares in her work at CASA. Alongside her work at Vanderburgh County CASA, Sally also serves on the Board of Directors for Prevent Child Abuse and sits on the Parenting Time Center Board of Directors. Sally also serves as a member of the Fraternal Order of the Eagles, where she served as the State President Central Regional Director and the State Project Chairman.