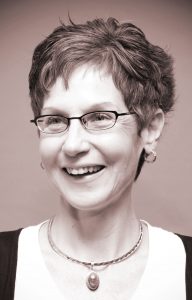 Meet Lori Brizius. She has been a CASA Volunteer for 8 years. Lori is a licensed RN who prefers taking cases with children with medical conditions. Lori has four children of her own, and one granddaughter. She is a Notre Dame fan and is active in her church. Thank you for giving your whole heart Lori!

What inspired you to become a CASA?

I drove by a billboard for CASA every day for several years. Each time, I would think, “’I want to do that someday!”

What has surprised you most about being a CASA?

Before becoming a CASA, I knew nothing about how the legal system works in CHINS cases. Learning the court process and timeline for cases has been surprising to me in how long the cases can last.

What is the best/worst thing that has happened to you as a CASA?

The best thing has been seeing a child who was severe physically abused (to the point that she is special needs for life) and her younger sibling be adopted!

The most meaningful event of your time as a CASA?

This may sound like a chiche’, but it is most meaningful for me to speak for kids so they have a voice and are not ‘’forgotten in the system’’.

What are some of your strongest beliefs about CASA?

Every child deserves an advocate!

Because CASA is a party in the case who is not paid by the State or any agency, we can be fair to everyone involved. I really try to get to know the bio parents and to work with them on their parenting.

What do you wish other people knew about CASA?

I think so many people I know would be great CASA’s. It is hard, but so worthwhile!

What would you say to someone considering becoming a CASA?

I would encourage them to go to an info session and to learn as much about it from other volunteers.

What do you like to do when you aren’t volunteering as a CASA?

I love to spend time with my family. Right now,  I am planning a wedding as my youngest son is getting married next summer. I also have a little granddaughter in Dallas, so I try to get down to see her every 3 or 4 months.